SO, just like that, my blog has hit the major milestone of 200 posts! To celebrate this, I thought I’d write about my 200 favourite films. Then, like any sane person, I immediately decided I’d divide that number by 10 and stick to my top 20 instead. This, as always, is an ever-changing list, but it’s a pretty solid start point for “films I think you should 100% see as soon as is physically possible if you haven’t already”. LET’S GO!

In reverse order and starting at No. 20, we have ‘Arrival’, Denis Villeneuve’s 2016 Sci-Fi film that is as smart as it is beautiful. Blending gorgeous imagery with a stunning score by the late, great Johann Johannsson, the film is a truly special sci-fi film in which the aliens aren’t really the bad guys. By ditching Independence Day level action for intellectual conversations, the film manages to strike a perfect balance of tension. On top of that, the film is a masterclass in atmospheric sound design, using naturalistic sounds to create a unique sound for the aliens. 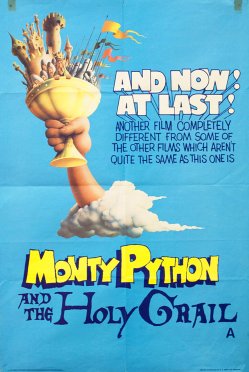 At No. 19, and changing the tone completely is ‘Monty Python and The Holy Grail’. Come on, it’s hilarious! It’s Monty Python sketch comedy at its very best, with countless quotable lines, memorable characters and hilarious scenes. Highlights include The Black Knight, The French Taunter’s, The Knight’s of Ni, and Prince Herbert at Swamp Castle. Made for only a quarter of a million (the majority of which was paid for by bands such as Led Zeppelin, Genesis and Pink Floyd), it proves the importance of a script and how budgetary limitations don’t have to impact on the enjoyment of a film.

At No. 18, it’s the subversive spy-flick ‘Kingsman: The Secret Service’. Matthew Vaughn brought all his bonkers action ideas from Kick Ass and L4yer Cake and blended them with a huge love of James Bond to create one of the most refreshingly exciting action films of recent years. This, coupled with Mission Impossible – Rogue Nation, was one of two films released in 2015 that really started getting me fully interested in the film industry, and that (as well as the amazing one-shot Church Fight set to Freebird) is why it makes my top 20. 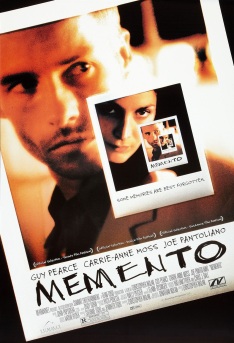 At No. 17 is Christopher Nolan’s masterful non-linear thriller ‘Memento’. Telling the story in three different time frames, it uses a mind-boggling format of telling the main story backwards. The main character suffers from short-term memory loss, and to help the audience feel this, the backwards story telling means we share the confusion of the protagonist. Twists and turns galore create an unbelievably exciting film, which proved to the world that Nolan was going places.

At No. 16 is the first of two David Fincher films in the list, ‘Fight Club’. A stone-cold classic, Fight Club has it all. An engrossing story with plenty of twists, fantastic performances and a gorgeously visceral visual style. It explores themes of masculinity, capitalism and counter-consumerism in a way that is as exciting, unique and timely now as it was in 1999. At No. 14 is ‘Airplane!’, both scientifically proven, and in my own opinion, the funniest film of all time. Packing over three jokes a minute into a 90-minute film, the movie is a non-stop laugh-a-thon with incredible puns, sight-gags and smutty humour. It marked the first time Leslie “Don’t call me Shirley” Nielsen was used in a comedy role, and this move was a masterstroke as he went on to become a legend in deadpan comedy with the likes of Police Squad and The Naked Gun trilogy. 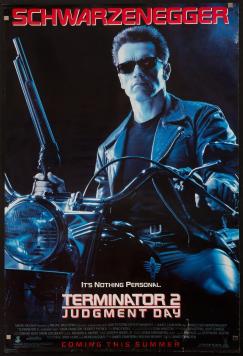 At No. 13 is Terminator 2: Judgement Day. The greatest sequel ever made, Terminator 2 built on the excitement of the first instalment, but expanded the world vastly and made the Terminator a character you cared about, rather than him simply being an unstoppable killing machine. The special effects still look great today, the action and story are gripping, and it all culminates in a fantastic sci-fi action film.

At No. 12 is ‘Psycho’. Again, it’s a masterpiece and I don’t need to explain myself.

At No. 11 is Baz Lurhmann’s showstopper ‘Moulin Rouge!’. PHWOAR is this a cracking film, blending a jukebox soundtrack, romantic story and incredible design and editing to create a nauseatingly exciting cabaret performance. A full blown musical, the film features countless songs sung by the cast, and proves how great film musicals can be when done right. 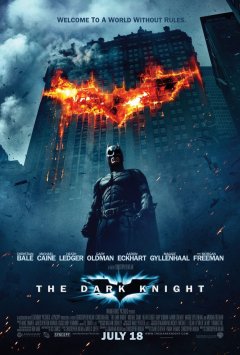 Entering my Top 10 starts with The Dark Knight. Once again, we know it’s a masterpiece, but I’ll just add that I agree with IMDb’s decision that it’s the best superhero film ever made (though Spider-Verse and Endgame both come close). With one of the greatest performance’s ever put to film (obviously referring to Heath Ledger) and stunning practical effects, it proved once and for all that Superhero films could be taken seriously, and helped pave the way for the MCU’s critical acclaim.

At No. 9 is the old classic, ‘Mary Poppins’. I mean, COME ON. Anyone who can’t love this film clearly has no heart, for it remains the most unbelievably uplifting and joyous film after over 55 years. Amazing songs, great design and a timeless story, it remains the best film Disney have ever produced. Though last years Mary Poppins Returns attempted to recapture the magic in a bottle, it only served to prove just how uniquely incredibly the original was.

In at No. 8 is The Grand Budapest Hotel. Wes Anderson is one of my favourite directors, and this is his quintessential film. If you don’t enjoy this, you’d best steer clear of his others. Arguably the most idiosyncratic director ever, his style in this film is utterly unique and bizarre, blending immaculate set design with bonkers characters, sweet relationships and a fun story of villainy and loyalty. 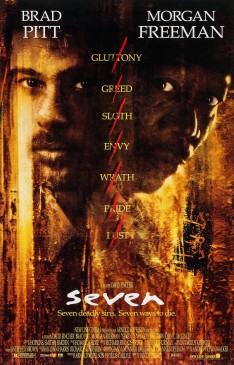 At No. 7 is…Se7en. Yes, this was purposely done, but Se7en features the best ending I have ever seen in a film. David Fincher’s first thriller, it also remains his best as Brad Pitt and Morgan Freeman try to track down a killer who is murdering people with the Seven Deadly Sins. Chillingly cold and tightly motivated, the film boasts an incredible cast and gripping story that doesn’t let you go until the very last moments.

At No. 6 is ‘Lemony Snicket’s A Series of Unfortunate Events’.  A childhood favourite of mine, this film is criminally under-appreciated, not only for it’s unbelievable set design and fantastic cast led by Jim Carrey, but also for having the greatest film score ever. Thomas Newman’s work on this film remains my favourite score ever recorded as he proves his knowledge of emotional atmosphere while blending countless instruments together. The track “The Letter That Never Came’ remains a masterpiece in melody and pathos. 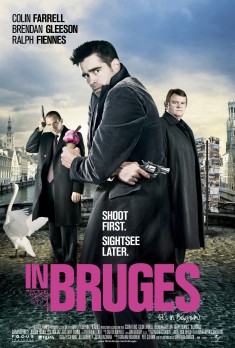 At No. 5 is the blackest comedy ever made, ‘In Bruges’. A deeply tragic yet hilarious character exploration, In Bruges examines grief, existentialism and faith through the eyes of two foul mouthed Irish hitmen who have to hide in Bruges (Belgium) after a job goes wrong. Revelations slowly unravel taking the film to an unbelievably bleak place, and yet it manages to deliver big laughs and huge emotion throughout. The film was written and directed by Martin McDonagh (of Three Billboards fame) and remains a stunning screenplay to this day.

At No. 4 is the wonderful ‘Back to the Future’. The film that defined both the 1980’s and the 1950’s, it’s iconic status in pop culture doesn’t diminish the fact that it is an unbelievable film. Despite some weird plot details (yes, a mother does ‘technically’ try to seduce her son), it remains a timelessly classic blockbuster. 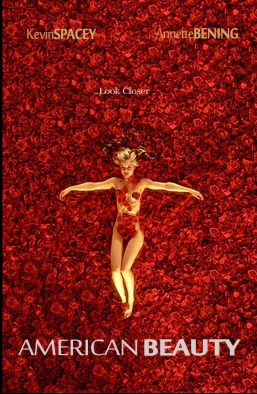 At No. 3 is American Beauty, the film that first showed me the power of drama. Before watching this film, I was into comedy and superheroes. American Beauty changed my life and the way I watch films, and it remains a stunning film which thankfully is still a powerful watch, despite the disturbing allegations currently appearing against the main actor. The characters and performances in this film are endlessly watchable, and Thomas Newman provides another iconic percussive score.

At No. 2 is Mission: Impossible – Fallout. For the longest time, Rogue Nation was one of my favourite films. Then, Fallout happened and managed to improve everything I already loved about the Mission: Impossible franchise. It goes without saying that the Mission franchise is my absolute favourite as many of my regular readers will know, but it can’t be overstated that in a world dominated by CGI superheroes and Disney remakes, the Mission franchise remains one that commits to practical filmmaking like no other. Tom Cruise, for all his beliefs, is a stunning actor who always puts 120% into everything he does, and this made Mission: Impossible – Fallout such an exciting film.

So finally, in at Number 1 and still unbeaten, it’s ‘Hot Fuzz’! Show me a funnier, more exciting, more original, better written, more creatively directed film and I’ll change my mind, but until that unlikely day this will remain Edgar Wrights masterpiece and my favourite film of all time.

I hope you enjoyed this little exploration of my favourite films. Naturally, having seen a lot of films, lists like this become increasingly difficult to compile, but the twenty named here will always remain in my heart and can be revisited on any occasion to still provide maximum enjoyment.

All that remains is for me to say thanks for helping me get to 200 Blog Posts. I don’t run this blog to get views, but if I never had any readers I would struggle to find the motivation to continue. The fact I can see how many of you read my posts, comment or talk to me about them means the world, and your continued support will always be appreciated.