From director David Dobkin (Wedding Crashers) and Will Ferrell comes the film adaptation nobody expected: Eurovision: The Movie! Telling the tale of an Icelandic band who dream of performing at Eurovision, it’s just like a usual edition of the contest: Too long, politically edged, but wonderfully camp fun.

It was only a matter of time before someone translated the flamboyant scale of Eurovision to the big screen, and frankly it was only ever Will Ferrell who could have done it. His performance style has always been larger than life, so that makes him perfect to play Eurovision lover Lars Erickssong, a middle-aged Icelander who dreams of winning the Contest with his best friend and bandmate Sigrit Ericksdóttir (Rachel McAdams).

Through a twist of fate, the two will get flung into the limelight as they fight to make their dreams a reality. Along the way they’ll meet the flamboyant Russian entry Alexander Lemtov (Dan Stevens; ‘Beauty and The Beast’) and Icelandic Governor Victor Karlosson (Mikael Persbrandt, ‘Sex Education’), all while competing for the affection of Lars’s disapproving father (Pierce Brosnan).

This is not a film with small, reserved performances. Everything on the screen is over the top, from the acting to the costumes. Sometimes this is great, sometimes this gets VERY annoying. At 2 hours long it’s incredible baggy, and features many scenes of random waffling from the characters as they adlib topics relating to what they just spoke about. It’s rarely funny and just kills all momentum the film could have had.

The songs in the film range from fabulous pop songs to really annoying Glee-style mashups. The mashup that really didn’t work is one that most Eurovision fans probably loved, where a large number of previous contestants all show up at a house party and sing songs like ‘Waterloo’ and ‘I Gotta Feeling’. It’s obnoxious and stops the film dead in its tracks. It’s included for no reason other than to appeal to fans, and it just didn’t work at all. A far better idea would have been to use this as an end credits scene, where fans can reminisce about the contest without ruining the films narrative. Having said that, the majority of the songs are really great. Some soundtrack highlights include ‘Volcano Man’, ‘Lion of Love’ and ‘Double Trouble’, all of which would rank highly in any Eurovision playlist.

Just before I wrap up, I have also got to mention the fact that this film features some of the ugliest, worst type-facing I’ve ever seen in a motion-picture. The letters are ugly, the typist was clearly on Caps Lock, and the formatting just looks wrong. 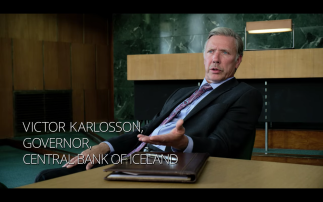 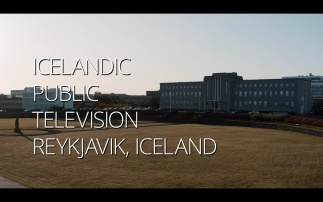 Overall, the film is flabby, simple and clichéd, but is a fun watch for a difficult time. A decent amount of the jokes land despite being buried in a lot of overwrought waffle, and the songs work well. If you expect to get NOTHING out of it other than some camp tunes stuck in your head, then you’ll have a good time watching it.